***
Update: Jan 4, 2017
I’m currently in the process of uploading all the theme to Github. It’s taking a little time to add documentation but eventually they’ll be available at https://github.com/neilorangepeel/. Feel free to contribute. Back to original post.
***

I opened up Tink Tank way back in July 2013 and published a total of 16 themes. With over 100,000 downloads, some free, some sales. I haven’t released a new theme in a good while and the themes that were up there were being maintained but were starting to show their age visually. So I’ve taken them down, I’m happy to answer any questions about current installations but all themes will be retired. Maybe I’ll put them on GitHub if people are interested.

Well since January i’ve been working on my new WordPress theming venture, one that focuses on designs suitable for artists. Hopefully the first iteration of this will be released by the end of the year. I’m super excited for you to see it.

In the meantime thanks for downloading! 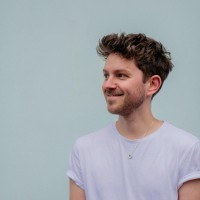